I have always been a big fan of native hardware. Sure, emulators to a certain extent would give you a "taste" of what the device can do. But as they say, nothing beats the real thing. It could be the grinding sound a floppy disk drive makes as the head tries to seek past track 0, or little things such as millisecond delay of a game controller compared to native hardware.
I have played a few of the Final Fantasy games. One day I decided I'd play through all of the games in the main series. Not on an emulator though. On the real thing.
For some reason some of the games in the series were only released in Japan. Since my grasp of the language is quite limited, I thought I would look for a fan translated version of the game.
In order to begin I set up my Family Computer (Japanese version of the NES). Found a copy of Final Fantasy II. First thing to do of course, was to make sure this cart is still working (it was). And after confirming that, it's time to take apart the cart. Famicom carts are held together by 4 plastic tabs, and it is very difficult to open up a cart and keep them intact. Super glue can restore broken off tabs. 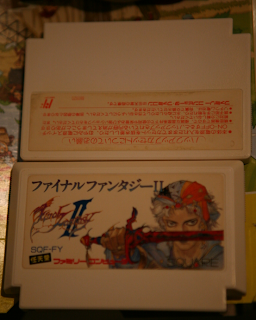 Next we need to desolder the ROM chip(s). Final Fantasy II only uses 1 ROM chip. I carefully desoldered every pin and got the chip out. Next is to find some pinouts of the mask ROM, and how different it is from the EPROM I was planning to use (AM27C20). I found them here:
http://www.raphnet.net/electronique/nes_cart/nes_cart_en.php
http://nesdev.parodius.com/NES%20ROM%20Pinouts.txt
http://nintendoallstars.w.interia.pl/romlab/nesmod.htm
After modifying the board, this is how it looks: 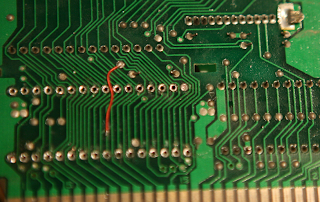 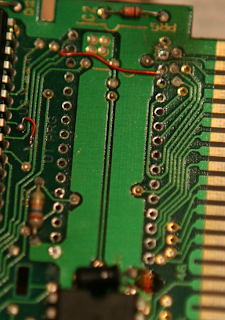 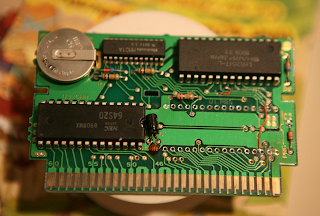 And after burning the eprom and soldering it on: 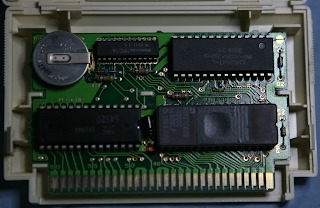 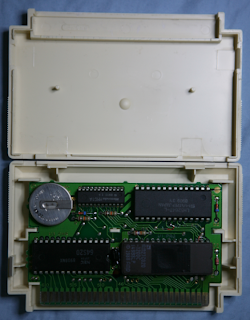 Of course, I have to test it first before closing the case: 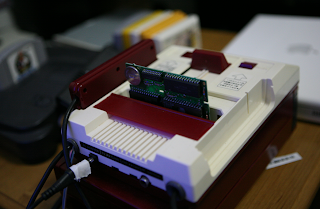 Moment of truth: (it works!) 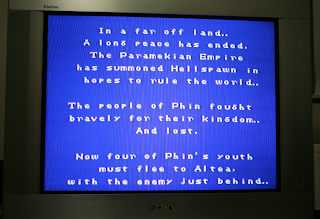 The save files are still there too, and the names are now garbled: 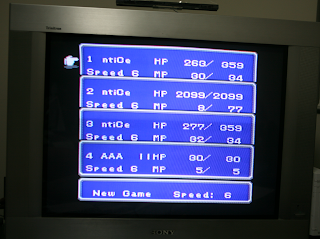 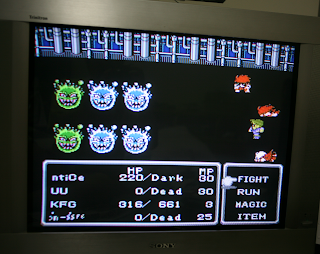 I'm a bit of a vim junkie, and if you're like me, you'll almost definitely want to have your vim configured for the correct rust syntax.  Not just for the pretty colors but to let you know when you're missing a quote.

Patrick Walton must be a vim user as he seems to have written the vim syntax file for rust, You can pull it from the rust source code or from the git repository, and put it in the relevant vim settings folder (.vim on unix)


After copying the files to this folder, add the following  line to your vimrc:

You should see your rust files in all their syntactic highlighted glory.
Posted by Unknown at 10:17 PM No comments:

Rust is a low level systems language developed by Mozilla for future embedding into their browser and other tools.  I was first made aware of it a year ago on the programming subreddit, but it looked a little too abstract to be useful.

I stumbled across it again yesterday and decided to compile the language tool chain and give it another go.

The language seems to have some very nice functionality, a cross between erlang and C, which may suit my fancy.

The toolchain was a bit annoying to set up, and I might go harrass the #Rust irc channel to see if there is a simpler way to get started.

In the mean time, here is hello world.

I compiled it with the command: