I recently came into possession of 2 ipod touch units. One is a 32Gb 2nd gen, the other an 8Gb 3rd gen (which is essentially same as the 2nd gen).
The first unit had a snapped ribbon cable. The previous owner attempted to replace the touch screen and ended up breaking the cable. To make things worse, the screen looks like it is "white on black". The midframe (plastic stuff) was also missing a big chunk of.
Off to ebay to get:
2nd gen touch screen
mid frame
2nd gen LCD
In the meantime I had a look at the 8Gb 3rd gen unit. Looks like this unit has never been opened, and the only thing really wrong with it is the bent pins in the dock connector. While I waited for the parts to arrive, I thought I'd just take the parts from this unit and get the 32Gb working. I transferred the LCD first, then the touch screen + midframe. After using a lens blower to blow away all the dust and brushing a bit with a lens brush, I closed up the unit. This unit is working very well, but it has a very short battery life. I just then added a battery to the list of parts. I didn't get a chance to take pictures of this unit, but since I moved all the broken parts to the other unit, I will take pictures when I do that.
The 2nd unit is a 8Gb 3rd gen unit (actually a 2nd gen unit).
After removing the LCD, this is what's inside 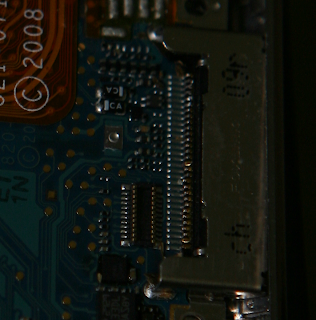 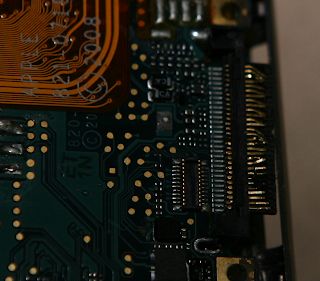 At this point, I was thinking of what to do with it. I could desolder the whole connector and replace it with one from one of my old broken ipod minis. But this means using a SMD rework station to heat the whole area potentially blowing off some of the nearby (tiny) components. I first checked if it was possible to straighten the pins. Using a small screwdriver I carefully "combed" the pins. This is the result:

Using an external USB power supply I plugged it in. No smoke. Seems to be a good sign. I went ahead and hooked up the LCD from the other unit: 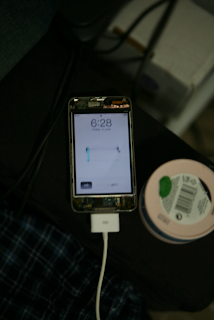 That is what I meant when I said the colours were reversed. Everything looked like that, including the apple logo on boot up.
Well, having seen that the board is still working and that the dock connector is somewhat usable, I went ahead and tested it on my computer. It was detected by itunes and wanted to erase the contents. That's a good sign, it means that the USB pins also work. After "combing" the pins some more to get it as straight as I could, I soldered the shield back in place. 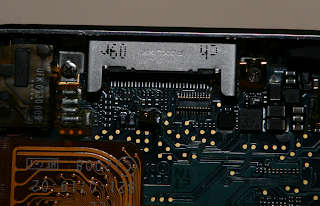 Then it's time to unpack the new LCD screen: 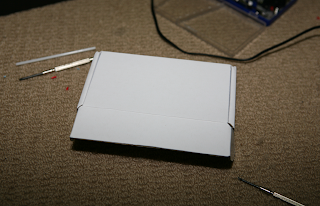 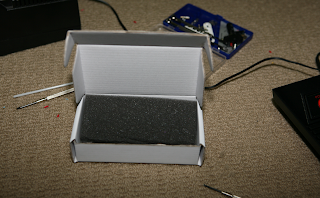 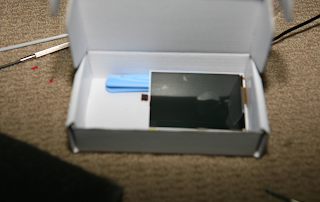 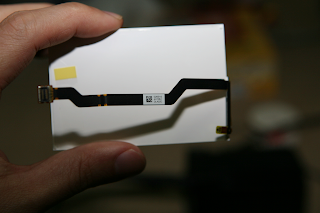 After installing the new screen: 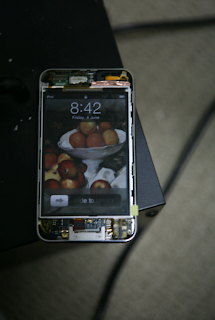 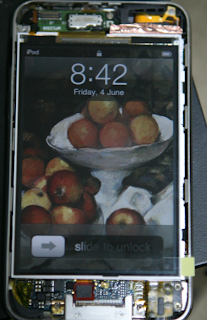 After that I had to double sided tape the new frame (which arrived in 3 pieces) to the new touch screen and lock it on.

12-06-10 Update: My batteries for the first unit just arrived (in antistatic bag): 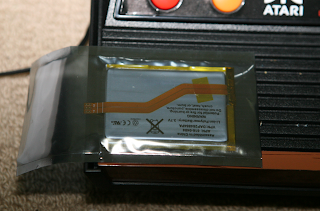 Here it is taken out: 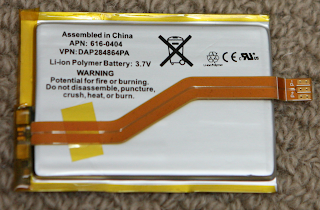 After taking out the old battery: 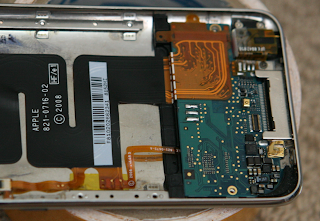 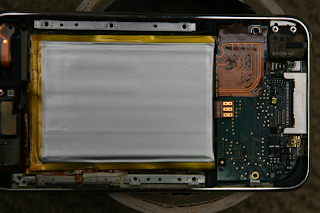 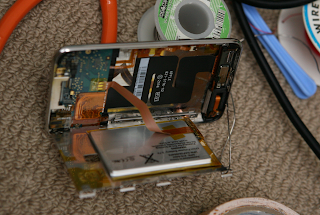 Test with "bad" LCD. I have been using the "reversed colour" LCD to test. I try to keep the working LCD in a dust free environment. 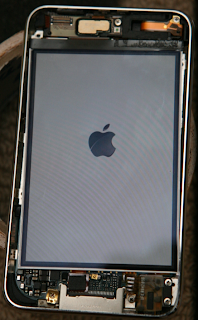 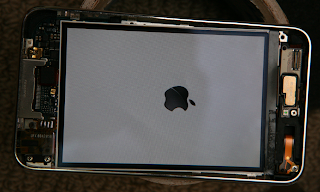 After installing the original LCD and touch screen: 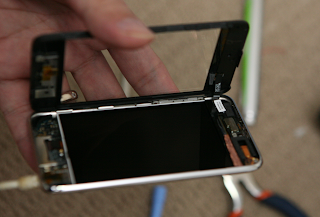 Great job Jon, hope ths will encourage some people to fix their ipod touch if they have a guts of opening it:)

isn't the reverse-ness an accessibility setting? Like actually go into Settings -> Accessibility -> invert or white-on-black or something. You can even set the triple click on home button to change this.

It's a great prank on unsuspecting victims

Accessibility wasnt put there until the 3rd gen ipod touch. These are 2nd gen units.

Great tutorial! I'm about to fix mine (8GB "3rd" Generation). If I buy a 2nd generation replacement glass, button and frame -- will this all fit my 8Gig model...?

Thanks already very much,
Cheers David